The team over at Ogilvy's 360 Digital Influence group recently took a look at the Australian social media landscape. They came up with four very compelling trends: 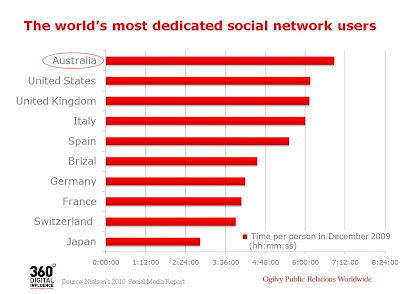 Australians spend the most time worldwide consuming social media. With almost 7 hours per month spent in social media they "out-social" the US, UK and Italy (one to watch btw). If you factor in the relative population size that puts 17 million users online (80% of the population with 62% via broadband) vs. about 230 million US users or almost 77% of the population).

The social network story is dominated by Facebook. And before we say "duh!" remember that in many Internet-rich countries around the world like Brazil, Japan and Russia, Facebook is not the leader. In Australia, no one stands in Facebook's path towards commanding mass-attention, even the 55+ crowd in Australia is jumping on board. 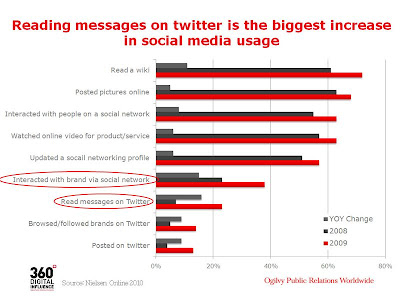 The biggest gain in year-over-year change in social media usage is interacting with a brand via social networks. That means Facebook and Twitter. Australian consumers are willing to engage with brands via these platforms just as readily as in the United States. 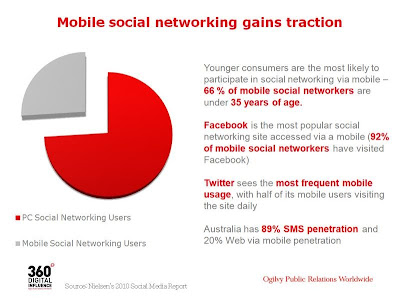 Australia has its own path towards adoption of social media and it will likely leapfrog other countries including the US in terms of how brands take advantage of their particular usage.